According to DC Biznow, there is DC Rental Market improvement in the 1st Quarter of 2018.  D.C.’s apartment market has absorbed more Class-A units over the last 12 months than at any time in its history, leading rents to rise again after three consecutive quarters of decline. The decline has been due to a signficant increase in the number of apartments available for rent.

The District absorbed a record 4,286 Class-A rental units over the last four quarters, according to Delta Associates’ Q1 market report, a 93% increase from the previous 12 months.  “I think it reflects the fact that the city continues to be a strong magnet for newcomers, and the level of deliveries in the marketplace has not been detrimental to the D.C. marketplace in terms of rent growth and absorption,” Delta Associates President Will Rich said.  This strong absorption brought D.C.’s Class-A rents to an average of $2,541 at the end of Q1, up 1.2% from the same time last year. This pickup reverses a trend of three consecutive quarters of year-over-year rent declines that had D.C.’s apartment rents down 3.9% at the end of 2017.  Now it appears that there is DC rental market improvement this year.

Last year’s decline in rents had been attributed to the rapid pace of multifamily construction, with 4,789 apartment units delivering in 2017. That number was down slightly to 4,656 for the 12 months ending March 31, but is expected to pick up over the next year. Delta Associates projects 5,866 Class-A units will deliver over the next 12 months, a sharp increase that could lead to more rent declines.  “I don’t think the D.C. market is out of the woods yet,” Rich said. “We’re still seeing a lot of new product coming online, there will be an increase in the next 12 months, so while absorption is really strong in the District and rent growth has turned positive, there’s still a lot of new product to be absorbed.”  The D.C. submarket with the strongest demand was Capitol Hill/Capitol Riverfront/Southwest D.C, with 1,711 units absorbed. The next best was NoMa/H Street with 1,187 units absorbed.  These two areas can claim to be responsible for the DC Rental Market improvement in the 1st quarter of 2018.

Those two submarkets, which also have the most new apartment construction, experienced rent 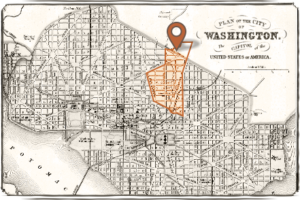 growth of 2.6% and 2.3%, respectively. The two apartment buildings that opened at The Wharf, The Channel and Incanto, are already nearly half full, absorbing 221 of their collective 449 units since the Southwest D.C. development’s October delivery, according to Delta Associates.  “Most of these buildings that are coming online in these submarkets are larger-scale projects with a large amount of amenities at a price point that is lower than what you’d get for comparable products in more established submarkets,” Rich said. “So you’re seeing an influx in residents coming into these two submarkets and renting in these new apartments.”

Demand was not as strong in the suburbs. Northern Virginia absorbed 3,680 Class-A units over the last 12 months, down 34% year over year. Suburban Maryland absorbed 2,966 Class-A units units during the last year, a modest 1% increase from the year before.  Even with declining absorption, Northern Virginia’s Class-A rents increased 0.5% to $1,944 in Q1. Suburban Maryland’s Class-A rents averaged $1,824, a 1.1% increase.  Metro-wide Class-A rents increased by 0.8% year over year, well below the long-term average of 3.9%. Delta Associates predicts regional rents will continue at this pace in the near term, with 1% growth through 2018. It then expects a pickup in the following years with Metro-wide rents increasing by 2.5% and 3% in 2019 and 2020, respectively.

If you have just moved to the DC metro area and need help finding a rental, be sure to give the Lise Howe Group a call. We look forward to getting you settled in your new apartment or home. We can be reached at 240-401-5577 or email us at lise@lisehowe.com.