Sumner Square Condos is a small community of 29 townhouses on a courtyard design tucked away between Massachusetts Avenue and MacArthur Boulevard off Sangamore Road. The community is close to the Shops at Sumner Place and downtown Bethesda.

Why Live at the Sumner Square Condos?

The Sumner Square Condos is a small community of 29 townhouses on a courtyard design tucked away between Massachusetts Avenue and MacArthur Boulevard – perfect for getting to know your neighbors! Certainly getting downtown is easy from Sumner Square and access to the major airports is a breeze.

Adjacent to Sumner Square is the small shopping area, the Shops at Sumner Place, with restaurants, doctors’ offices, a large Safeway food store, a CVS store, Ballet Petit, service businesses, and many smaller shops and places to dine or have coffee. Everything you need is nearby from grocery stores to fine shops, good restaurants, movie theaters and commuter routes around the city.

Since the Sumner Square Condos are such a small community, it doesn’t have a pool or exercise room.  The one level units with two bedrooms and two baths have a private patio while the upper level townhomes with two or three bedrooms, two and a half baths have a juliet balcony.  Some of the one level and the two level townhomes have woodburning fireplaces.  They all have their own in unit washers and dryers.

What is Near Sumner Square Condos

Next to the Sumner Square Condos is the small shopping area, the Shops at Sumner Place, with restaurants, doctors’ offices, a large Safeway food store, a CVS store, Ballet Petit, service businesses, and many smaller shops and places to dine or have coffee. Everything you need is nearby from grocery stores to fine shops, good restaurants, movie theaters and commuter routes around the city.

Glen Echo Park
Just a short drive up MacArthur Blvd from Sumner Square is Glen Echo Park.  Originally a Chautauqua retreat, then an amusement park, this National Park is now host to a variety of arts, environmental and history programs. Take an art class or enjoy a puppet show or theater performance at Adventure Theater with your family and then celebrate the day with a carousel ride. Learn to dance at the Spanish Ballroom or learn about nature from one of the park rangers.

The C & O Canal & Towpath
A neighborhood treasure for walking, boating, and a wealth of outdoor activities.

Little Falls Branch of the Montgomery County Library
The Little Falls library is nearby on Massachusetts Avenue. 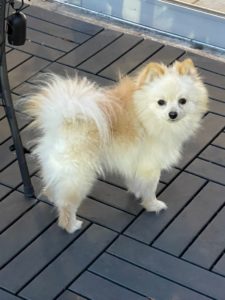 You can bring your pet to the Sumner Square Condos in Bethesda.  You will love having your pet here and going to lunch at Praline in the Shops at Sumner Place or having hand-crafted pre-prohibition style cocktails at Silver, where they actually cater to dogs! Go for a walk on the Capital Crescent Trail or get your dog groomed at Bone Jour!

You will love sitting on your private terrace with your morning cup of coffee and your pup by your side!

Whitman High School opened in the fall of 1962 with 1,418 students. Designed by local architectural firm McLeod, Ferrara & Ensign, it was built on 17 levels, with a center courtyard and a famed geodesic dome for its gymnasium. A Ford Foundation grant underwrote the design and construction of the dome.

In 1981, a 1,176-seat auditorium was added to the school. In 1992, the geodesic dome and all other buildings except for the auditorium were demolished and construction began on a new school building, which opened in fall 1993.

What is for Sale Now at Sumner Square Condos

With only 29 homes in the Sumner Square Condos it is likely that there will only be one or two  homes on the market during any given year.  If there is a home for sale now, you can find it here.

What Has Sold Recently in Sumner Square Condos.

These statistics are reflected sales from public records of the multiple listing service and do not include for sale by owner, non-published, non-member, or private sales, or what might be current market values.

If there are no homes available right now and you want a small townhome in Bethesda, you might consider City Commons on Battery, Parthenon Court or Kenwood Forest.

You might also check out the townhomes on Parthenon near Montgomery Mall or the ones on Arizona at Bethesda Court.  Don’t miss Hamlet Place off Connecticut Avenue. The fees at Hamlet Place are a little more because it is co-op and taxes are included in your monthly fees.  You should also consider the townhomes at Whitley Park if you particularly like the area just outside the Beltway.   There really are a number of homes to choose from – so why don’t you call me at 240-401-5577 or email me at lise@lisehowe.com to find that perfect home.

Major employers in Bethesda include Marriott, the Walter Reed Medical Center, The Howard

Hughes Institute, The National Institutes of Health, Capital One Bank, Lockheed Martin, GEICO, and the Cystic Fibrosis Foundation. The condos at Sumner Square are a short bus ride to the Red Line Metro in downtown Bethesda and the new purple line but also close to the Beltway and I-270, so that you can always get around the metro area from here.

If you would like detailed demographic information about Bethesda as well as school reports or market trends and statistics (including recent sales in the area) just ask us at lise@lisehowe.com or call us at 240-401-5577!

Do You Want to Sell Your Home at Sumner Square 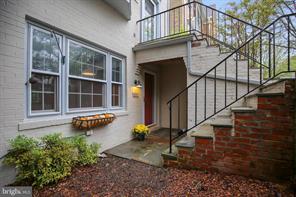 home will sell for. These sites use public records and usually some kind of algorithm to try to produce a value for your home. These sites also publicly state their ‘error rates’. That means they aren’t correct, they are simply an estimate based on incomplete date. We would love to do a free comparative market analysis of your home  and let you know what could expect to get in today’s market if you are considering selling. Our valuation is based on up to the day data for homes that have recently sold in the area. Our valuation is not based on a formula that relies on public records which can take months to update. Please visit my website in order to get your free property evaluation for your Bethesda home  We would love to help you sell your townhome at Sumner Square.

Do You Need a Realtor? 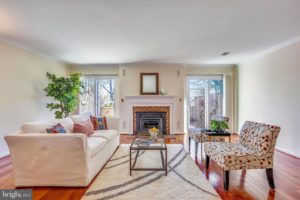