The Adagio is a contemporary smaller and luxurious condo building in Bethesda at 6820 Wisconsin Avenue with full amenities such as a gym, front desk, party room and terrace. The Adagio Condos in Bethesda are well finished with floor to ceiling windows and a sleek vibe. Everything that you could want is right around you – the Trader Joe’s, Target, Tatte, Paul’s, Anthropologie, and all the shops and stores in Bethesda.

What is for sale at the Adagio Condos

Why Choose the Adagio Condos in Bethesda

The Adagio Condominiums are perfectly located to enjoy all the amenities of Bethesda – the shops, restaurants and movie theaters, the Capital Crescent Trail, the pools, and gyms.  Empty nesters moving from big family homes in Chevy Chase or Potomac love a luxurious condo in Bethesda like the Adagio!  Busy people who want to simplify their living arrangements love the Adagio!  It is a short walk to the metro and across the street from Trader Joe’s and Target. The front desk is very helpful and very friendly!   The Adagio is in a great school district, the Bethesda Chevy Chase high school cluster, making it a perfect place for a family who wants the soft urban lifestyle of Bethesda!  There are several sizes of condos from which to choose from one bedroom to one bedroom and a den to two bedroom to three bedroom units.  If the Adagio is not your choice, click here to similar Bethesda condos for sale to the The Adagio Condominiums Bethesda Md

The Adagio Condos are Light Filled and Contemporary 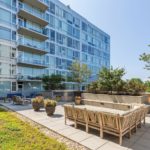 traditional condominium buildings that Washington and Bethesda had seen before. There are no other tall buildings nearby so you have exceptionally good views from the rooms and balconies at the Adagio.

There are 92 units at the Adagio ranging in size from  809 square feet up to 3500 square feet.   There are several floorplans ranging from a one bedroom one bath condo (809 square feet) to a one bedroom plus den with two full baths (900 square feet) to a two bedroom plus den and two and a half bath condo with 1300 square feet, a three bedroom three bath with over 1854 square feet – and then the largest with the 3500 square feet. Many of the condos have balconies or terraces with some looking out on the street life of Wisconsin Avenue and others looking out over the green space of Bethesda and the Capital Crescent Trail.  Some special units offer loft style upper levels with 14 foot ceilings, while others are two stories with private terraces. Standard finishes include walnut hardwood floors, Poggenpohl cabinets, Miele, Bosch and Sub-Zero stainless appliances and marble baths.  One currently on the market has a spectacular open staircase.

Amenities at the Adagio 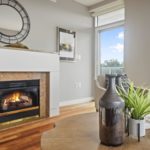 The Adagio is perfect for people who want that soft urban lifestyle and appreciate the “finer things in life.”  The Adagio offers 24 hour security and a concierge front desk, a fitness center, guest suite, an outdoor terrace and garden area on the second floor, free visitor parking available through the concierge, and party room.. Some high end services include laundry pick up and delivery, on site management and a building engineer, and a personal trainer in the gym.  Some condos even have fireplaces.

The condo fees are very reasonable for all these amenities.  They range from approximately $500 a month for the 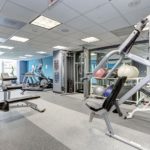 smallest units to about $1200 a month for the larger condos and approximately $3000 for a condo currently on the market in August 2021 with over 4500 square feet of space and two levels.  The Adagio is very pet friendly, allowing large dogs – and more than one of them!  To see what is for sale at the Adagio now, if there is anything on the market, just click here.

What is Near the Adagio

Just outside the Adagio you will find everything you need!  Are you a movie buff? No problem – Bethesda Row offers the multiplex approach for independent films.  Don’t like to cook? Bethesda has been named the town with more restaurants per capita than any other town in the United States. Whether you want to go to Paul’s for pastries or the Mussel Bar for Belgian beer, there is a restaurant to match your taste buds!

When you do want to stay in and cook, the ingredients for your gourmet meal can come from Trader Joe’s across the street or the Safeway on Bradley, just two blocks away.  Your favorite pet will never go hungry! There is a Pet Smart in the lower level of the building next door and a Staples too!

Shopping? No problem! From the makeup at Blue Mercury with its great collection of Laura Mercier and Bobby Brown to the well priced and every changing clothing at Lululemon and the men’s collection at Bonobo’s, there is something for everyone! North Face and Pelaton have stores on Bethesda Avenue, while you shouldn’t miss Lucy’s in Bethesda Row for sports wear too.  Don’t miss the competition between Georgetown Cupcakes and Fancy Cakes by Leslie for the best cupcake in Bethesda.  Levine is the newest entry to that competition with their immense chocolate chip cookies in addition to their breads and pastries.

If all this talk of food and shopping makes you long for an active lifestyle, never fear! There is a 35,000 square foot Washington Sports Club at 6528 Wisconsin Avenue. The Sport and Health Club is close by at 4400 Montgomery Avenue, and Equinox is just a few blocks away at 4905 Elm Street, in the heart of downtown Bethesda.  Soul Cycle is another gym in downtown Bethesda that shouldn’t be missed. The Capital Crescent Trail is just two blocks away in case you want to walk, bike or rollerblade to Georgetown and back! Your dog will love a good run along the trail too!

Major employers in Bethesda include Marriott, the Walter Reed Medical Center, The National Institutes of Health, Capital One Bank, Lockheed Martin, and the Cystic Fibrosis Foundation. The Adagio is close to not only the Red Line Metro and new Purple Line but also the Beltway and I-270, so that you can always get around the metro area from here. 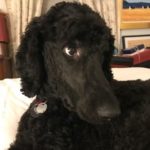 Pets are warmly welcomed at the Adagio.  There is no size limit and it is possible to have more than one dog at the Adagio.  Another aspect of the Adagio that makes it very pet friendly is its proximity to the Norwood Park, just three blocks away.  Check out Norwood Park’s soccer fields, tennis courts, play grounds and green space perfect to run with your dog.  The Capital Crescent Trail is just four blocks away down Bradley Boulevard.  From there you can walk with your dog all the way to Georgetown and back again.  There is a great dog park at Cabin John in case you want to take your dog off leash.

Schools for Children Living at the Adagio

The Adagio is part of the Bethesda ES, Westland MS, Bethesda Chevy Chase HS cluster.  Nearby private schools include Holton Arms, Landon, Georgetown Prep, and Stone Ridge.  If you would like more information about the schools that serve the Adagio, just click here.

Sales History at the Adagio 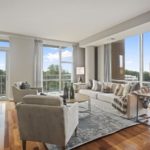 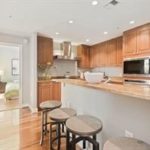 Call Us for the Value of Your Current Home

There are a number of sites on the internet that will give you ‘estimates’ for what your home will sell for. These sites use public records and usually some kind of algorithm to try to produce a value for your home. These sites also publicly state their ‘error rates’. That means they aren’t correct, they are simply an estimate based on incomplete date. We would love to do a free comparative market analysis of your home or condo in Bethesda and let you know what you can expect. Our valuation is based on up to the moment data for homes that have recently sold in the area. Our valuation is not based on a formula that relies on public records which can take months to update. Please visit my website in order to get your free property evaluation for your Bethesda home or condo.

Just give the Lise Howe Group a call at 240-401-5577 or email us at Lise@lisehowe.com.  Whether you are buying or selling, put the Bethesda Condo Queen to work for you!