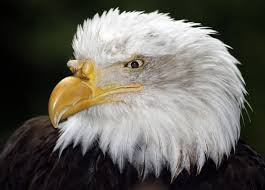 Founded in 2002, the Owl Moon Raptor Center is a state and federally licensed wildlife rehabilitation center specializing in birds of prey. It has been a licensed non-profit organization since 2014. Owl Moon is located in Boyds, Maryland at the home of its primary operator, Suzanne Shoemaker, and serves Montgomery and neighboring counties.

Owl Moon cooperates with the Maryland Department of Natural Resources, Wildlife & Heritage Service, and local animal control offices and humane societies to answer calls concerning injured, orphaned, or otherwise jeopardized birds of prey. Owl Moon rescues, rehabilitates, and reconditions raptors, such as owls and eagles, with the goal of returning them to the wild.

The Owl Moon Raptor Center recently rescued a bald eagle found by a homeowner in Keedysville, MD.  He thought at first that the bird was dead, but he realized the bird was breathing but severely distressed and unable to move. The MD Natural Resources Police (NRP) helped by bringing the eagle to Owl Moon.

When the eagle arrived at Owl Moon, his body was limp, his head flopped, and his eyes were glazed and sunken, indicating severe dehydration. The Owl Moon Center found no signs of trauma, and thought that his condition suggested poisoning. They injected a large dose of fluids under the eagle’s skin, to help him recover from dehydration and begin to remove the toxins in his system. They even drew blood for testing, expecting to find lead, a common toxin in scavenger birds like eagles and vultures. When the in-house blood lead test proved negative, the Center sent the blood to a lab for further testing.

By the end of the first day miraculously – and thanks to the great people at the Owl Moon Raptor Center – the eagle was up on his feet. By evening his eyes were noticeably less sunken, and his muscles stronger. By the second day, with continued  the eagle began to perch, his eyes looked brighter, and he took several bites of food from the staff at the Center.

The blood test results came in on Day Three but were inconclusive.  Based on their experience, the Center thought that the eagle may have ingested a near lethal dose of phenobarbital, the chemical used to euthanize animals, by feeding on a livestock animal had been euthanized and the carcass left in the field. This is illegal, but it happens.

Meanwhile, fluid therapy was clearly helping the eagle recover, so the Center staff continued administering fluids even as he began to eat a normal diet on his own. By Thursday, Day Four, the eagle was bright and alert, and rambunctious in his indoor housing. The staff knew that it was time to take him outdoors and see if he was capable of flight by testing him on a creance line.

He was! He flew so well that the staff at the Owl Moon Raptor Center decided to release him as soon as possible so that he could quickly return to his (presumed) mate and maybe their nest could be saved. But one more step was required. The eagle’s feathers were so tattered from his ordeal that many of them needed replacing before he could meet the challenges of life in the wild.

The Center replaced damaged feathers with healthy intact feathers by a process called “imping.” Imping is an ancient procedure developed by falconers. It uses a peg or “pin” inserted into the hollow shaft of the trimmed off damaged feather to replace it with the same, healthy feather of a “donor” bird. In the eagle’s case, the donor was a bird of the same species and size, who had died naturally or required humane euthanasia due to its injuries. As the Center explains, “We see this as a way of saving one bird with a part of another, less fortunate one, allowing both birds to fly free again in spirit.”

The eagle’s damaged feathers were imped on Friday, Day 5, and early on Saturday, March 10th, the Center staff released him back to the wild in his home territory. He flew off fast and purposefully and we hope reunited with a mate!