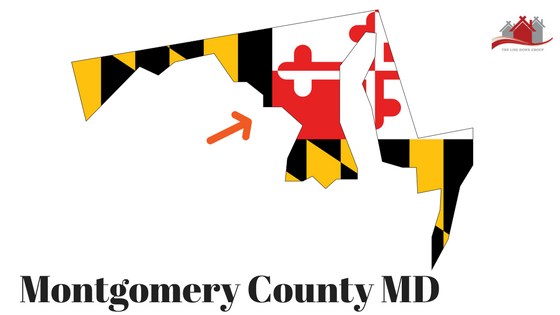 ALL ABOUT MONTGOMERY COUNTY, MARYLAND

You may be thinking of moving to the DC metro area and wondering how to narrow your search.  You can choose between DC, Maryland and Virginia.  How do you choose? What is important to you? Montgomery County, Maryland is one of the counties in Maryland that is closest to the District of Columbia.  Rockville is the county seat and its largest city, but most of the county is composed of unincorporated locales such as Silver Spring and Bethesda.  Other densely populated communities in Montgomery County include Germantown and Gaithersburg.

In addition to being the most densely populated county in Maryland, it also has the highest percentage of residents with post graduate degrees. Another distinction that it can claim according to Forbes Magazine is that it is one of the wealthiest counties in America.

Montgomery County’s colonial history dates back to Captain John Smith from Jamestown who is believed to be the first European to explore the region as he traveled throughout the Chesapeake area. George Calvert, First Baron Baltimore received the charter for the colony of Maryland from Charles the First of England.  Then in 1688 the Calvert family gave the first tract of land in Montgomery County to an individual named Henry Darnall. A few years later, the first farms and plantations began to appear in the area in 1715.

These early settlers were either English or Scottish immigrants, German from Pennsylvania, or Quakers who settled on land belonging to James Brooke.  The Quakers built the community of Brookeville.  These farmers grew wheat and tobacco to survive.

Montgomery County was established in September 1776 by the Maryland Constitutional Convention, which created it from land that had been part of Charles, Prince George’s and Frederick Counties.  It was named for General Richard Montgomery.

In 1791, the District of Columbia was created from land which previously had belonged to Montgomery County, included Georgetown, and parts of Prince George’s County and Virginia. The parts which had belonged to Virginia were later returned to that Commonwealth.

People who live in Montgomery County are used to four distinct and definite seasons.  The winters typically are cold but not brutally so with a few snowstorms that can shut the city down because Washingtonians cannot drive in the snow! The spring is usually lovely, particularly when the cherry trees and azaleas bloom.  Summers are hazy, hot and humid and seem to last forever! Thank heavens for air conditioning. You really remember that Washington is a southern city during the summer. Then suddenly it is fall and everyone takes a deep breath and relaxes for a few months until winter starts again.

The Washington regions gets an average of 43 inches of precipitation spread throughout the year. Thunderstorms are common in the summer, particularly in the late afternoon, bringing a welcome break in the heat.  Typically snowstorms do not bring a lot of snow and even then it melts within a day or two, so life returns to normal after a quick snow day break from school for sledding and hot chocolate!

EMPLOYMENT AND THE ECONOMY

Federal government agencies based in the county include the Uniformed Services University of the Health Sciences (USUHS), Walter Reed Medical Center, the Food and Drug Administration, the National oceanic and Atmospheric Administration, the Department of Energy, the Nuclear Regulatory Commission, The National Institute of Standards and Technology, and the U.S. Consumer Product Safety Commission.

Montgomery County prides itself on its schools which are always ranked nationally.  Some of the most accredited high schools include Bethesda-Chevy Chase High Schools, Churchill, Whitman, and Walter Johnson.  Among nationally recognized private schools, families can choose from Holton-Arms, Landon, Sidwell Friends lower school, Georgetown Prep, Stone Ridge, and the Jewish Day School.

Montgomery College is one of the best two year college programs in the country and is located in Rockville.

Montgomery County is crisscrossed with major commuting routes including I-270 which connects with I-70 in Frederick, the Beltway, and the Inter-County Connector.  Wisconsin Avenue takes commuters from Georgetown to Frederick, although it changes its name several times along the route, and Connecticut Avenue runs nearly from the front door of the White House all the way up into the county to Aspen Hill.  There are no major airports in Montgomery County but it is easy to get to Dulles, National or BWI.  The metro serves the county well with the Red Line running from Shady Grove Road down to Bethesda through the District and back up to Silver Spring and then to Glenmont Road.

WHY LIVE IN MONTGOMERY COUNTY?

Honestly there are as many reasons as there are people in the county.  The schools are good. The homes are pleasant and the climate is moderate.  There is a lot to do in communities like Rockville or Bethesda – movies and restaurants, shops and festivals.  This can all be confusing, and we would love to help you sort it out – whether you want to live in Bethesda or Potomac, Darnestown or Damascus, Silver Spring or Brookeville! There are lots of options.  To find a home in Montgomery County, just click here.